IOLAR at Career Day of Ljubljana University – Connecting for the Future 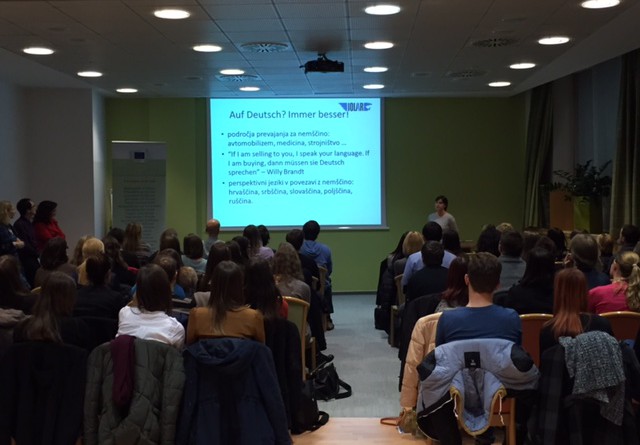 On Wednesday, 26 November 2014, the Vendor Management Department of IOLAR attended the event “Connecting for the Future”, organized by the Career Centre of the University of Ljubljana.

At the event they presented many successful examples of integration of educational institutions and businesses, including the best-practice in the project entitled “The creative pathway to knowledge” in which our company successfully participated for the first time. The event, which was held in the new premises of the Faculty of Computer Science and Chemistry and Chemical Engineering, was well organised which contributed to the willingness of the participants to co-operate on different levels of education and creative work.

In the afternoon of the same day, the City Hotel in the centre of Ljubljana hosted the Career Day of the Department of Translation. This has been a traditional event for our company placing IOLAR again alongside other translation companies which have attracted strong interest of young students of translation. IOLAR in particular, was in the centre of their attention, as with a little luck they won the final version of SDL Trados Studio 2014 Freelance. 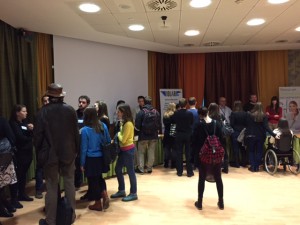 Career Day of the Department of Translation

Iolar at the GALA 2019 Conference in Munich

FREE QUOTE
Website uses cookies to help improve your user experience. By using the site you consent to the use of cookies.OK